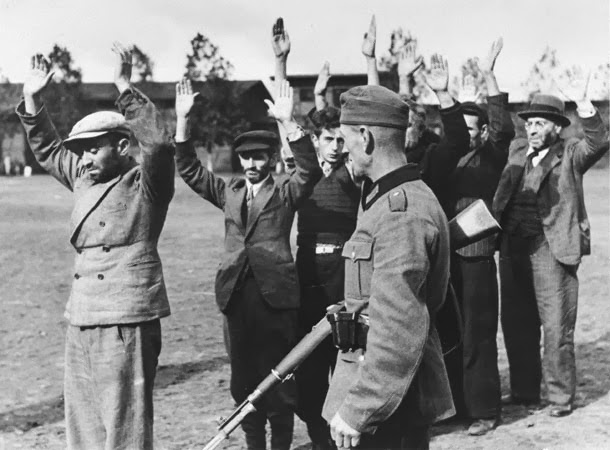 Two years ago I was introduced to the Holocaust Speakers Bureau as part of a project to document local survivors. Sharon Halperin and Debbie Long of Chapel Hill along with Peter Stein have been instrumental in gathering the media assets for this project. Peter Stein is himself a survivor of the Nazi Holocaust in Prague and is now a professor of sociology at the University of North Carolina.

The purpose of our group is to bring Holocaust survivors to local classrooms, board rooms, churches, mosques, synagogues and community groups so that these survivors can share their experiences.

Some of our survivors lived through the hell of a concentration camp. Others were hidden by Christian families (or in one case, by the Quakers), still others managed to emigrate from Europe just as the tight quotas were completely squeezed shut, making a transcontinental journey to their new home in the United States. Can you imagine seeing the horrors of Kristallnacht, leaving Germany in a hurry and arriving in New York City not knowing a word of English?

Our survivors are aging and will soon be unable to make visits to classrooms. We lost two survivors last year and time is taking its toll on the cognitive skills of some of the other members of our group. Our window is closing and soon we will only have film footage and audio tapes of the miraculous stories of survival and of people who helped them, people who truly made a difference - culminating in the supreme act of kindness: the saving of a life.

We like to say: "changing the memory of the past into hope for the future". Our speakers try to encourage their listeners to value living in a democracy and use their rights and self determination to help others.

One never knows the life stories and complexities of experiences shared by our neighbors unless they appear in print or is spoken of in conversation. -Sharon Halperin

Holocaust Survivors Database: How you can Help

Today there is no complete database or even an approximation of how many people survived Nazi persecution. I advocate the idea of creating a Holocaust survivor database. The US Holocaust Memorial Museum--has the only known database and it is quite incomplete. It lists some of the self registering survivors who live in the U.S.

Debbie Long told me why this is so important. This is Debbie's story:

For the past five years, I have been searching for an uncle who may have been alive in May, 1945, after being liberated from Theresiendstadt concentration camp. Even trying to find the lists has been a challenge. Jewishgen.org has a Holocaust database, but it includes victims as well as possible survivors. Various countries have some lists such as the International Tracing Service at Bad Arolsen, Germany and some organizations have published books of names. Much of this material is not yet indexed. To complicate matters, people changed names due to marriage, divorce, and immigration. Add to this the problems with transliteration and translation, and well...you see the problem. My uncle's name is Menachim Yehuda GALAS, but I have seen variants such as Jehuda Galas as well as Moniek, his nickname, Galus.

Tomorrow, Debbie will travel to the US Holocaust Museum where she will look at the lists of refugees among the World Jewish Congress records of displaced persons.
Please email me if you are interested in working on the Holocaust Survivor's Database Project. 70 years after the war, there are those who do not know the fate of their loved ones.